Since the damage dealt by Aftershock is so severe, Agent Breach should use Aftershock to clear pesky defenders holding angles that his allies don’t want to peak.

On defense, Breach should use Aftershock to severely damage attackers that have grouped in a small area before storming the site.

On offense, advanced Breach players will use the 2.4 second charge time to not only kill any defenders that hold the position but use the time to then advance through the angle that the defender was watching!

Breach can use Aftershock in multiple ways when on defense. Especially when retaking sites after the bomb has been planted, Breach can easily clear a highly contested area that is crucial to retaking the site.

On offense, Breach excels at being able to prevent defenders from holding important angles by using his abilities. With his Flashpoint being the longest-lasting blind in the game, Breach is an irreplaceable Valorant attacker that should always use his ability to blind defenders before he enters a key area.

On defense, Breach’s Flashpoint is much more valuable than most players realize. If Breach defends towards the back of a site, he can gather enough information of the attackers’ locations to line up a blind before his teammates aggressively protect the site.

Although the blind itself is very beneficial to use before swinging a corner, advanced Breach will use this obvious tactic to bait the enemy into attempting to pre-fire him to locate them and even peak around a different angle at the enemies!

One of the best uses of Breach’s Flashpoint is to set up for a follow-up with his Aftershock. If attacking enemies are too slow to react to the blind, they usually just hold their position (assuming the defenders will not rush them) so Breach can immediately follow up with Aftershock for an easy kill or at least a nice chuck of damage!

On offense, the most practical use of Fault Line is to save it for a post-plant rush from the defenders. If a site was easily taken, Breach can hold a corner that is hard to check without being right next to it and line up a Fault Line to slow the enemy advance.

On defense, Breach should look to start in a hard-to-check corner in a site with few entryways. This leaves Breach able to safely hold and delay enemy advances and as soon as he is made aware of an attempt to advance, he uses Fault Line.

On defense, Breach should look to use this for any significant rush or commitment to a site. This ability will create enough chaos for allies to rotate, reposition, or for Breach to even follow up with an easy Aftershock!

On defense, a great way to use Rolling Thunder is to prevent an enemy rush! If Breach is positioned near the front of the site and hears the enemies rushing down a chokepoint, Rolling Thunder is perfect to stop them in their tracks and pick off a few kills in the meantime.

A great trick on offense with Rolling Thunder is to aim it towards the tighter corners that are difficult to peak without being vulnerable. This not only prevents the enemies from positioning there but will force them out of cover and into the open or force them to retreat offsite completely.

The best Breach players will use Rolling Thunder line-ups that they have learned that cover the entire site on retakes. Using Rolling Thunder in combination with Aftershock in a corner the attackers will take cover in, Breach leaves an easy path into the site for retaking.

Breach should purchase two uses of Aftershock and Flashpoint. The basic strategy for pistol rounds is to position at long entrances to the sight and wait for an attacker’s movement. If spotted or heard, Breach can use Flashpoint behind the wall, wait for a second before peaking, then peak and fire.

Breach should purchase the same as on defense, but instead should look to flash the long path towards the site of interest to help teammates advance. Then, once Breach knows where the enemies are positioned, he can use Aftershock to pick them off.

Breach’s economy round should be played at short entrances to the site. Since these positions are the most likely to be rushed, Breach can slow down or even stop the rush. On an economy round this is very important to make sure his teammates have time to assess the situation and respond accordingly. For purchase, Breach should prioritize his Aftershock and Flashpoint, and if he has enough credits leftover, can purchase a close-range weapon like a Spectre or a Judge as well as Light Armor.

Breach should use Flashpoint somewhere in the middle of the site to blind enemies before his team rushes in. This brief time is crucial to not get picked off by enemy snipers and get within range for some economy weapons to work more effectively. Here, Breach should purchase the same two abilities and with leftover credits purchase either a Marshal to fight from a distance, or Spectre if needed on the front lines. In these rounds, Light Armor is always good if it can be purchased.

Breach should purchase Heavy Armor, his abilities, and a Phantom. The most important thing with Breach is to make sure not to waste abilities. His abilities are much more useful for taking sites so when attackers are on site, Aftershock should be used when the bomb is being planted, and larger areas of contention should be cleared with Fault Line. If available, Flashpoint should be used to clear any additional angles when retaking the site.

Breach needs to keep his Aftershock for difficult corners to clear when he knows enemies are there. A good use of Flashpoint is high in the middle of the site to potentially blind multiple targets towards the back of sites (especially in high places). For purchases, Breach should obviously purchase his abilities, Heavy Armor, and the Phantom.

An advanced strategy is to purchase Flashpoint and the Ghost and position by a chokepoint behind cover on site. From here, once an ally confirms the enemy’s presence, Breach can Flashpoint and follow with Fault Line to ensure the enemies are handicapped before peaking and fighting with allies.

Breach should use Aftershock to clear aggressive positions in short site entryways. This will either kill a defender or make them fall back. From there, Breach can Flashpoint high on-site as most defenders will turn their attention towards you after the Aftershock. This will result in a multi-person blind and easy entry towards highly contested places on the site. For purchases, Breach should look to take Aftershock, and two uses of Flashpoint.

Breach should be investing in both uses of his Flashpoint, Aftershock, and Light Armor. With credits remaining, Breach should purchase any weapon available, preferably one best in short-range. For this strategy, Breach will line up at a short entryway to the site and after confirmation of enemy presence from an ally, Breach can line up a Fault Line and followed up with Aftershock. This should result in a kill or heavily damaging an enemy. If needed, Breach can then Flashpoint before peaking to finish off the enemy or find another kill.

Breach should purchase a Judge or Spectre, Light Armor, and a use of Aftershock and Flashpoint. The ideal scenario would be to set up a push through a short entryway to the site and pre-emptively Flashpoint the corner he will check, and Aftershock the corner he will not be able to check. This should clear or kill the second defender and make clearing the main corner much easier.

Breach needs to purchase Heavy Armor, all his abilities, and a Phantom preferably. A cheesy strategy that can easily lead to a won round is to aggressively push a long entryway to the site once the barriers drop, immediately Flashpoint the corner enemies may peak from, and then Flashpoint again before peaking the corner himself (towards the attackers’ spawn). This will often catch attackers off guard and can lead to a quick kill or even more if enemies are stacked there.

Breach must purchase Heavy Armor, a Phantom, and all his abilities. Breach makes penetrating shorter entryways to sites much easier. Therefore, he should always look to Aftershock the corner that is most tricky to clear, and Flashpoint the site before entering.

Breach’s abilities are incredibly impactful on the attack. But don’t get it twisted; His abilities are impactful on defense when piloted well! It’s crucial to learn the best places to use Flashpoint on both offense and defense to ensure successful plays and just make sure Breach is not used as an entry-fragger!

His abilities are far too useful to be potentially traded and should be the second or third to enter the site. Breach has a very important role as the Initiator, so Breach players need to remember that it’s up to them to communicate with the team to set up the plays. Otherwise, there’s a good chance you will miscommunicate and even blind or injure teammates with his abilities.

“Been pulling jobs like this for years. Risky? Sure. But never boring.” 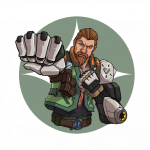 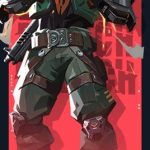 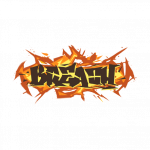 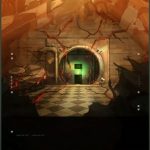