Since the Stim Beacon’s effects last on allies for a duration after they leave its aura, before entering a site on offense, Brimstone can use the Stim Beacon in front of the charge to buff teammates as they enter the site. His teammates do not need to remain in the aura for the buff to stay active. All allies that rush the site through the beacon can reap its benefits.

Brimstone’s plethora of utility allows players to be creative with defensive strategies. A common use of Brimstone’s Stim Beacon on defense is to use it at your site’s spawn entrance for rotating allies to immediately receive combat buffs upon entering the site. This is very useful when Brimstone and his allies need to retake the site after the bomb is planted and are on a timer!

Another use for Brimstone’s Stim Beacon is to use it as a visual distraction before peaking when attacking. From the enemy perspective, when seeing an object being thrown into a room before entry, the first thought is a grenade. This can cause enemies to do one of two things. Either the enemy will quickly turn and run for cover, or they will at least look at the beacon on the ground to identify it. Either way, it acts as a quick buffer that can create just enough time for your ally to run in and take advantage.

Although Brimstone’s Stim Beacon is quite a simple ability, it can be used in more advanced ways on defense. Again, this trick plays around the enemy seeing the beacon being placed and using their assumptions to your advantage. When holding a site with two positions that you can peak from, use the Stim Beacon to the side you are not going to peak from and immediately peak the other side to catch the attackers off guard.

On Offense, Brimstone only gets one use of this ability per round so if you’re not sure where your enemies are, it’s best not to use it to hazard a guess. Instead, try using it after you have planted the bomb to cut off an entryway that your enemies are trying to push through when recapturing.

On Defense, the easiest and most useful way to use Incendiary is to launch it where an enemy is planting the bomb once on site. It’s often difficult to approach an enemy planting a bomb once their team has already captured the site, but if you know where they are planting the bomb… fire away!

Although there are plenty of line-ups that Brimstone can use for Incendiary (since there is no detonation timer), it’s difficult to know which to use without knowing your enemies’ defensive positioning. You can use a line-up over terrain to zone enemies from aggressive positions that might catch attackers off-guard.

One of the best uses of Brimstone’s Incendiary on defense is when Brimstone finds a flank on the attackers. When done correctly, Brimstone can use his Incendiary from behind to flush out enemies into the site without time to set up their attack.

On offense, the most practical use of Sky Smoke is to block defensive angles (especially sniper’s angles) to help rush a site.

On defense, once Brimstone knows the site that the attackers are targeting, use the Sky Smoke at the entrance to the site causing the enemies to have to blindly run through it and must react to your defensive positionings.

A more advanced use of Sky Smoke when attacking is to use it as ‘bait’ to make the defenders believe you are targeting specific areas of the map.

On defense, the best Brimstone players will know that wasting time is one of the best ways to force your enemies’ hand. If the round is ending and the enemy has not rushed the site, but you know what site they are targeting, use one Sky Smoke at a time preemptively at the entrance to the site. This will create more panic and chaos for the enemy where they must decide to retreat and try a different route or push through oblivious to your positions.

On offense, Brimstone’s Orbital Strike is best used when enemies are trying to defuse the bomb after it has been planted. When Brimstone hears the sound indicating an enemy is defusing, he should call down the Orbital Strike to prevent the diffusion.

On defense, a great way to use Orbital Strike is in the same idea, but when you know where the enemy attackers are planting the bomb. If Brimstone sees the enemy enter the site and hide behind cover to plant the bomb, he should use his Orbital Strike to prevent it.

The best Brimstone players know how to buy time for their team. Not only can they use Sky Smokes one after the other to prevent enemy pushes, but they can also use Orbital Strike to prevent a push as well. It may only be 3 seconds of effect, but the sound indicator that players hear when the strike is called adds an additional second or two where enemies will surely hesitate to push through. This is a great way to stall time to defuse the bomb.

Brimstone should invest in three of his Sky Smokes and Light Armor. Since Brimstone has an exceptional ability to stall for his team, Brimstone needs to survive until later in the round where his stalling is that much more effective for winning the round. Thus, try to take more defensive positioning angles and don’t peak when you don’t have to.

Brimstone should be investing in all his abilities and Light Armor. Sky Strikes are perfect for buying time, and a good Incendiary can pick up a quick kill to turn the tides of the round.

Brimstone should also invest in all his Sky Strikes, his Stim Beacon, and Light Armor. If needed, Brimstone can also upgrade to a better weapon for some extra strength. Use the Stim Beacon at the entrance to a site to buff teammates rushing the site.

Brimstone should purchase all his abilities, Heavy Armor, and a Phantom. The buff from Stim Beacon’s aura means that the Phantom will outperform a Vandal and makes for easy dueling on your weaker side of the defense.

Brimstone should purchase all his abilities, Heavy Armor, and a Phantom. When using Incendiary to take a site against defending economic round, use it where defenders may be camping with shotguns!

Brimstone should invest in three Sky Smokes and either a Ghost or Light Armor, depending on preference. Brimstone should use his Sky Smokes to force the attackers to make decisions before gathering enough information. By using Sky Smokes to block sightlines that attackers use to gather intel, Brimstone is wasting precious attacker time. Worst case scenario, on the fly, Brimstone should be able to place Sky Smokes that can momentarily slow the attack to allow for the defenders to reposition. There is truly nothing worse for an attacker than gathering enough information to launch an attack, and have it abruptly stopped by a smoke that lasts 20 seconds where all the previously gathered intel becomes invalidated.

Brimstone should invest in three Sky Smokes and Incendiary. Advanced Brimstone players know how to smoke sites for a quick plant and can then use their Incendiary lineups to prevent post-plant site retakes. Or Brimstone can simply wait out the round and use his Incendiary to prevent a bomb diffusion.

Brimstone should be investing in all his abilities and Light Armor. Since they are low in cost it’s not a waste of credits and purchasing the Stim Beacon can even make the difference in firepower to win fights against attackers with better weapons.

Brimstone should also invest in all his abilities and Light Armor. Having two inventories of Stim Beacon offers use in both pre-plant and post-plant scenarios where the stat boost can come in clutch.

Brimstone should defend at the most central areas of the map where his utility can prevent powerful rushes of fully invested attackers. If Brimstone can position to hear the initial rush, he can immediately react with Incendiary to reset and allow for allies to rotate or push for flanks.

Brimstone should invest in a Phantom, Heavy Armor, and his abilities. Use your abilities to minimize enemy intel. In these rounds, calling a Sky Smoke on a different site than your team’s target can make the difference by preventing early rotations from the defenders. Late rotations mean predictable routes and easy defending post-plant.

Brimstone’s abilities have been game-changing since VALORANT’s beta and likely will be for a long time to come. His Sky Smoke ability is the longest-lasting smoke in the game and any Controller player looking to provide their team with offensive and defensive utility must add Brimstone to their pool of Agents.

“They think I’m an old dog. Heh, I’ll show them just how many tricks I know.”

The Big One Spray 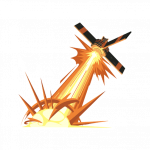 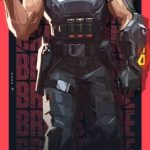 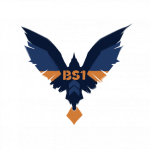 No One Left Behind Card 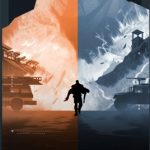