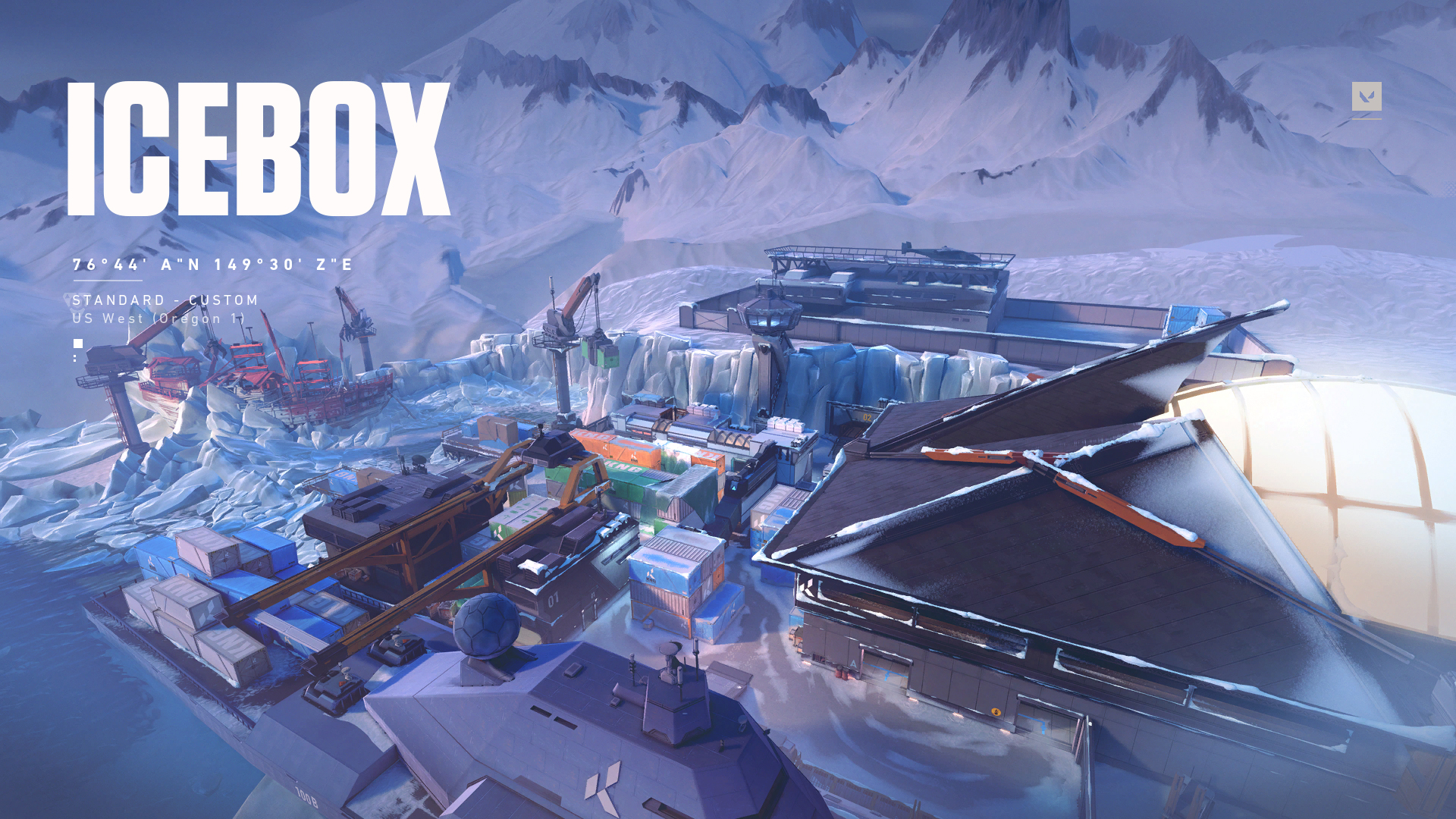 Icebox is one of the seven maps currently featuring in Valorant and was the 5th map to be released overall. It’s based in the Arctic and is covered in snow, giving it a very different feel from any other map in the game.

Icebox has a fairly standard layout, with two bomb sites on either side of the map and a middle section. Unusually though, the two sites have both a top and a bottom level where the spike can be planted, which leads to some exciting scenarios in-game.

A Site has a large planting area, and there’s plenty of cover on the ground for both attackers and defenders to take advantage of. There are also a lot of elevated positions that provide good angles, so it’s essential to be aware that enemies won’t always be at ground level.

Also, in terms of getting onto the site, there are two routes from Defender Side Spawn and only one from Attacker Side Spawn. However, the latter is quite an open route, giving attackers a few different ways to approach the site.

B Site is quite open compared to A Site, with a few long lines of sight extending across the area. B Yellow is the primary source of cover for attackers looking to push onto the site, and defenders will often hold angles from B Snowman as well as B Site (both on the top and bottom levels).

The two main routes are via B Long and B Back to get positioned on the site, but there are also a few routes in from Mid, including one through B Hall.

In the middle of the map, there’s an outdoor area that connects the two sites and spawn zones, as well as an indoor area (B Tube and B Kitchen) that is often used by attackers attempting to get onto B site.

Next up, we’ve got some general tips for playing on Icebox:

Now, let’s talk about the best ways to attack and defend the two sites on Icebox.

When attacking A Site, make sure to clear close angles and be wary of enemies up in A Rafters. Planting the spike at ground-level just to the right of the main structure on site is typically best, as you get a good line of sight for post-plant from A Belt.

When defending A Site, be wary of enemies split pushing, with some coming through A Main and some going up through A Belt. Enemies will often come via Pipes and take the rope across to the top of A Site, too, so be wary of this and fall back toward Mid and wait for backup if you need it.

There’s almost always someone watching B Long with a sniper or long-range rifle, so flash out and try to push up toward B Yellow as quickly as possible. Then, you can smoke off B Snowman and potentially Mid too, and you want to aim to plant in as safe a position as you can. A Sage wall can help here.

You can then play from the site, from B Yellow, or from B Long for post-plant.

For B Site, you generally want to hang back and hold angles from B Snowman and from the site. It would help if you also had someone positioned near Mid to watch Tube and make sure no one is pushing up there.

If the enemy team does manage to secure the site and plant, they’ll often play post-plant from B Yellow or B Long, so try to tap the spike to lure them out. Also, if you can, send someone to flank via B Long, as enemies can be easily caught off guard from there.

To close out our Icebox map guide, let’s talk about some of the changes Riot has introduced to the map over the course of its lifespan.