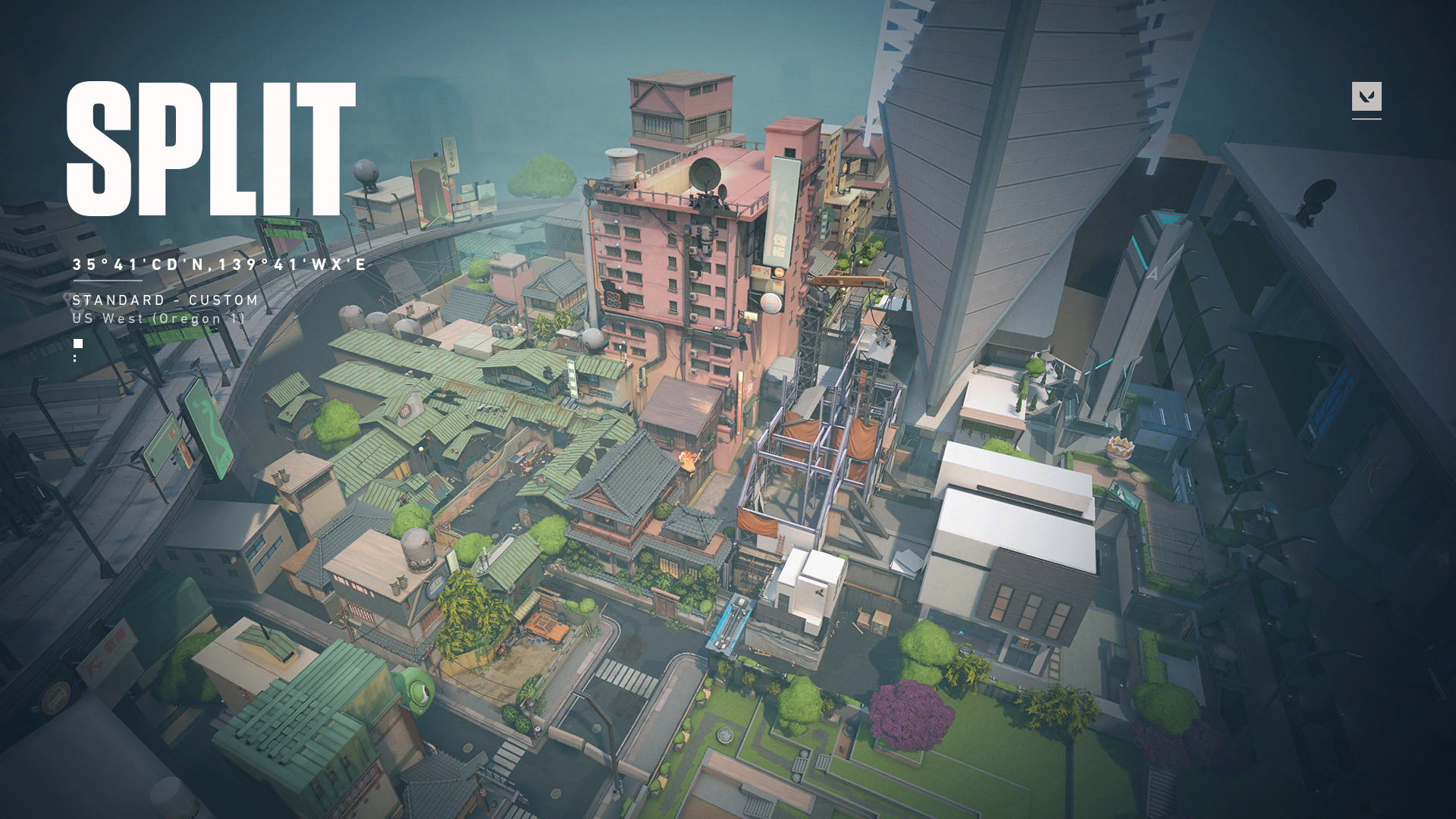 Split is one of the seven maps currently featuring in Valorant and was released alongside Haven and Bind at launch. It’s based in Japan, where the character Yoru hails from and has quite tight angles compared to most maps.

Split has two bomb sites and a middle area with multiple routes of entry. There are also three sets of rope ascenders located in various spots around the map, letting players navigate the map differently.

The planting area for A Site is quite open, with just a penetrable box in the middle of the area that provides little cover. Outside the planting area, there’s an open section with a long line of sight extending from A Screens to A Main and an upper level known as A Tower that players can access from A Ramps, Mid Vent, and Defender Side Spawn.

A Site can be generally difficult to defend, but there is a choke point in A Main that attackers can often struggle to push through.

B Site is built around a tall, impenetrable structure that provides cover for both attackers and defenders. There are entry points into the site from B Main, B Alley, and B Tower, and there’s also a tiny cubby (B Back) for players to hide in and hold angles from.

Mid on Split has four points of entry and has a bunch of cubbies located in and around the area, making it dangerous to navigate through at any point during a round.

On Split, the three sets of ascendable ropes are located in the following places:

Ropes typically make noise when used, but if you hold shift, you’ll be able to use them silently and not give away your location.

Next, we’ve got some general tips for playing on Split:

There are a few different options when attacking A site, but you’ll generally want to smoke off A Screens and push up through A Ramps to secure A Tower. Then you can drop onto the site via A Rafters and get the plant down.

Alternatively, you can smoke both A Rafters and A Screens and push through A Main to Site, but this is risky if the enemy has any traps set up on the choke point.

On defense, it’s good to position someone in A Rafters and put traps down to deter a direct push onto the site. You’ll also typically want someone holding A Ramps, as they can fall back easily if need be.

Having a sniper positioned in A Screens can be very useful too. If the enemy smoke that area off, the sniper can reposition to watch any enemies coming through A Tower.

When attacking B Site, it’s vital to either smoke off B Tower or put a wall up across the site to safely get to the planting area. Using utility to clear out B Back and the planting area is also vital, as enemies often like to hide there.

For post-plant, you can have teammates positioned in B Back and B Main as they’ll be able to hold good angles from those positions.

Defending B Site is best done by using a utility on the B Main choke point to stall any potential push. It’s also important to have someone watching Mid, as enemies will often smoke off Mid Vent and try to push through Mid to B Tower.

If worst comes to worst while defending B, you can always fall back and play for the retake, smoking off B Main as you try to re-secure the site.

To close out our Split map guide, let’s talk about some of the changes Riot has introduced to the map over the course of its lifespan.

The first major patch for Split changed a lot in an attempt to make playing on the map easier for attackers:

The v1.00 patch saw Mid being completely restructured, making it wider and less of a choke point for attackers.

Defender Side Spawn was slightly adjusted to make clearing angles easier for players.

Split got a major overhaul in the v2.01 patch: